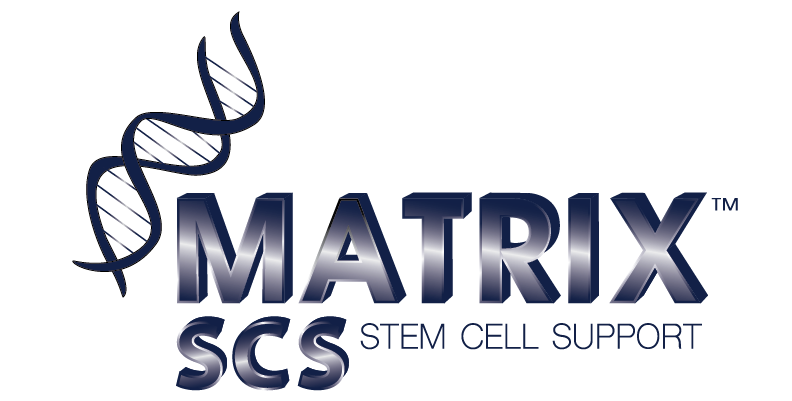 Click on the ingredients below to see how Matrix SCS™ can help you.

Vitamin K2: 45 mcg
Vitamin K is a fat-soluble vitamin found meat, eggs, dairy and natto. Although a fat-soluble vitamin, the body stores very little K2, and its stores are rapidly depleted without regular dietary intake. Vitamin K2 promotes the synthesis of proteins involved with calcium utilization, thereby supporting bone retention and arterial health.  This helps to ensure that calcium is deposited in the correct place, your bones not your arteries.

MK4 stops and reverse bone loss, grows stronger bones and reduces fractures more than 80%. MK7 has never been shown to reduce fractures. The use of MK4 is supported by more than 28 clinical trials with over 7000.

Calcium the most abundant mineral in the body, is found in some foods, added to others, and available as a dietary supplement. Calcium is required for vascular contraction and vasodilation, muscle function, nerve transmission, intracellular signaling and hormonal secretion, though less than 1% of total body calcium is needed to support these critical metabolic functions [1]. Serum calcium is very tightly regulated and does not fluctuate with changes in dietary intakes; the body uses bone tissue as a reservoir for, and source of calcium, to maintain constant concentrations of calcium in blood, muscle, and intercellular fluids [1]. The remaining 99% of the body’s calcium supply is stored in the bones and teeth where it supports their structure and function [1]. Bone itself undergoes continuous remodeling, with constant resorption and deposition of calcium into new bone.

Glucosamine exists as a component of mucoproteins and mucopolysaccharides in all human tissues and is found in especially high concentrations in cartilage. Glucosamine provides the building block for the O-linked and N-linked glycosaminoglycans that comprise the matrix of the connective tissues in the body.. Glucosamine has been investigated for its ability to modify underlying cartilaginous degeneration in joints, and therefore to potentially provide relief in osteoarthritis.

Glucosamine sulfate is taken by mouth for osteoarthritis, glaucoma, weight loss, joint pain caused by drugs, a bladder condition called interstitial cystitis, jaw pain, joint pain including knee pain, back pain, multiple sclerosis, and HIV/AIDS. Glucosamine sulfate appears to be more effective than glucosamine hydrochloride, so if you decide to try these supplements, your best bet is the sulfate form .  Glucosamine HCl delivers more glucosamine because it is 99% glucosamine vs. 74% for sulfate.  By combining both Glucosmine HCL and Sulfate you are getting the best of both worlds.

The majority of studies have demonstrated the ability of Glucosamine to alleviate osteoarthritic symptoms with equal or even superior effect to the nonsteroidal anti-inflammatory drugs (NSAIDs), such as ibuprofen .

Additionally, less negative side effects have been reported compared to NSAIDs. Studies also demonstrated that Glucosamine stimulates the synthesis of glycosaminoglycan, proteoglycan, and hyaluronic acid. Thus, Glucosamine has shown chondroprotective activity to both slow the progression of, and even correct some structural abnormalities associated with osteoarthritis.

Hyaluronic acid sodium plays an important role in tissue hydration, lubrication and cellular function. It is produced naturally by the body, but the level of hyaluronic acid diminishes with age, contributing to joint discomfort. It is a key component of cartilage, and is important for skin, joint and eye health. It has been shown to help maintain strong, healthy cartilage.  Hyaluronic acid may also enhance synovial fluid production and promote normal healing.

Resveratrol (resVidaTM) Resveratrol is a polyphenolic compound naturally found in peanuts, grapes, red wine, and some berries. In randomized controlled trials, short-term supplementation with resveratrol significantly improved glucose and lipid metabolic disorders in patients with type 2 diabetes.  Resveratrol works to maintain cell health, promote normal cell cycle activity, promote apoptosis (programmed cell death) in unhealthy cells, support the normal activity of the SIRT-1 gene, and promote cardiovascular health, by promoting healthy platelet activity, promoting vasorelaxation, and providing antioxidant protection of LDL particles.  Studies of numerous species have shown that a reduction in calories has been linked to a longer lifespan. The SIRT-1 gene activates a critical component of calorie restriction in mammals and promotes fat metabolization. There is evidence that resveratrol may be a calorie restriction mimetic, a compound that mimics the effects of calorie restriction by targeting metabolic and stress response pathways affected by calorie restriction, but without restricting caloric intake, which may be helpful in promoting a longer lifespan.

Milk Thistle: 50 mg
Milk Thistle is used to promote liver health.  It contains some of the most potent liver-supporting substances known.  Protects against free radicals by acting as an antioxidant, protecting the liver and  supports  the normal production of new liver cells.

Green Tea Extract: 300 mg
Green Tea Extract is a health-promoting antioxidant. It is rich in polyphenols that have been shown to promote health.  Green tea contains antioxidants called epigallocatechins-that protect the liver from damage due to alcohol.  Not only do these antioxidants counter oxidative stress that compromise liver function, they help speed detoxification of alcoholic compounds from the body.

In one study, turmeric was more effective at inhibiting the growth of breast cancer cells than curcumin alone (66 percent growth inhibition versus 33 percent). Researchers found a similar trend with other tumor cells, suggesting that curcumin may not be the only potent plant compound in turmeric.Mar 4, 2020

Curcumin is a natural extract from the spice turmeric. Turmeric is derived from the plant Curcuma Longa, a member of the ginger family. Curcumin is employed mostly as an antioxidant; though it was traditionally used to promote stomach and joint comfort. The immune-balancing activity of curcumin has been demonstrated through multiple mechanisms to support normal COX-2 and NF-KappaB levels in the body. The neuroprotective properties of curcumin are among the most studied. Curcumin has been designated as a strong candidate for the promotion of neurological health and cognitive function. Curcumin can cross the blood-brain barrier and support the normal uptake of amyloid-beta in the brain.  Several studies suggest that it might ease symptoms of osteoarthritis and rheumatoid arthritis, like pain and inflammation.

Zinc in the form of zinc citrate has superior absorption.    Zinc is a powerful booster.  Zinc, a nutrient found throughout your body, helps your immune system and metabolism function. Zinc is also important to wound healing and your sense of taste and smell.

According to PubMed, “Zinc is known to play a central role in the immune system, and zinc-deficient persons experience increased susceptibility to a variety of pathogens. The immunologic mechanisms whereby zinc modulates increased susceptibility to infection have been studied for several decades. It is clear that zinc affects multiple aspects of the immune system, from the barrier of the skin to gene regulation within lymphocytes. Zinc is crucial for normal development and function of cells mediating nonspecific immunity such as neutrophils and natural killer cells. “
Am J Clin Nutr. 1998 Aug;68(2 Suppl):447S-463S.oi: 10.1093/ajcn/68.2.447S.

*These statements have not been evaluated by the Food and Drug Administration. This product(s) is not intended to diagnose, treat, cure or prevent any disease.